It's been another year.

A year of being woo'ed and loved every moment by this man: 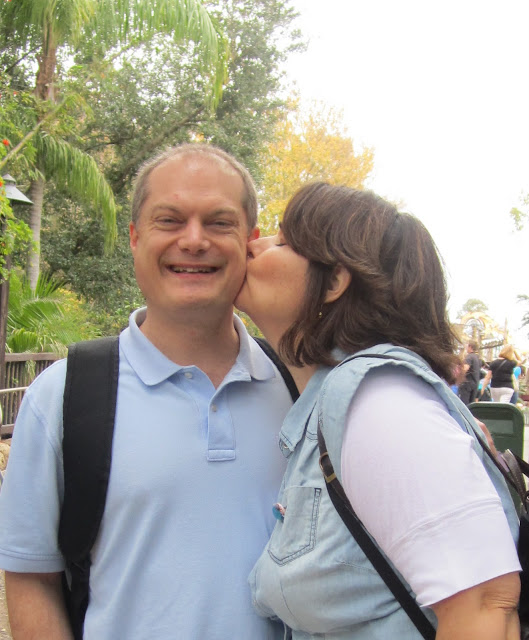 A year filled with a heck of a lot of stress, but also crammed full of dandy times together,
like our Komet hockey nights... 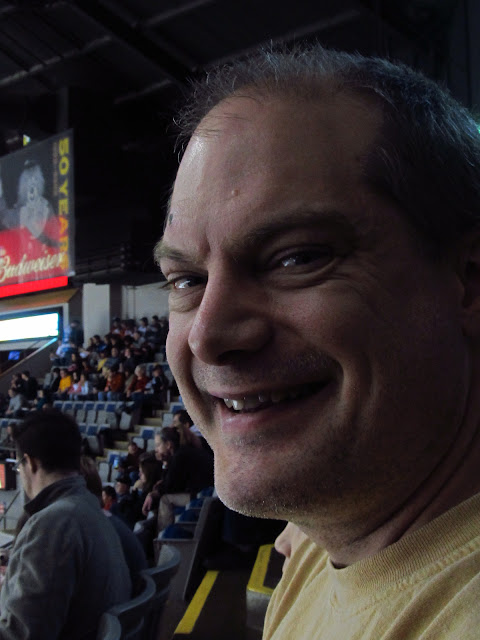 Another year with this person who cares for me like no other, believes in me, and spends a good bit of time pulling me thru by doing crazy stuff like taking me to beach when I
just. can't. take. one. more. gloomy. day. of. winter. 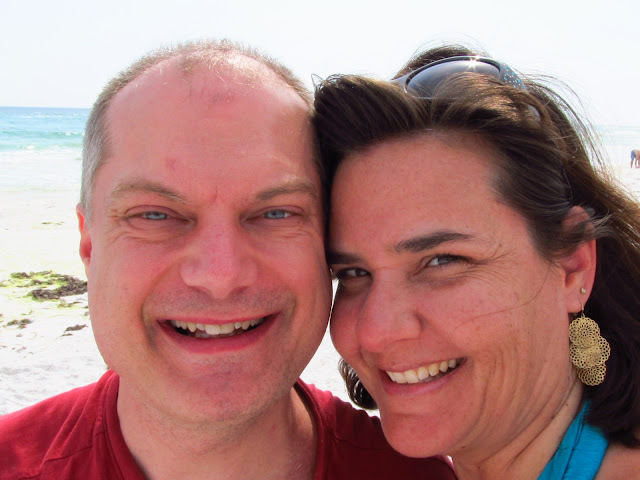 Or hauling our family down to hang with my extended family, who he knows will put a smile on me face. 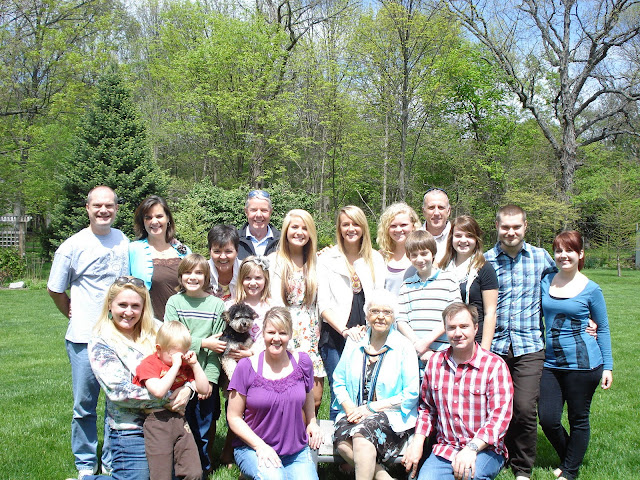 (only folks missing are my oldest daughter and her hubs)
I happen to have snagged a man who is also the greatest listener ever, and he doesn't just listen to me: 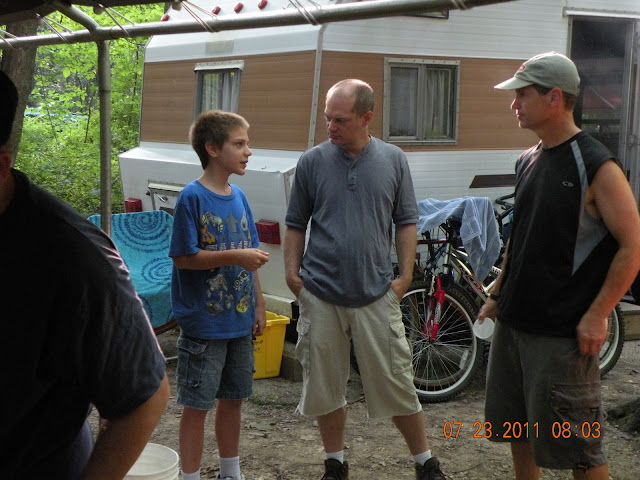 (camping with the boys on the hottest weekend of the summer) 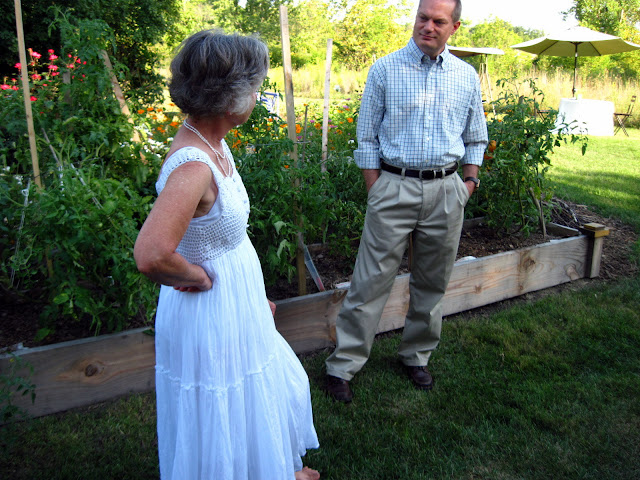 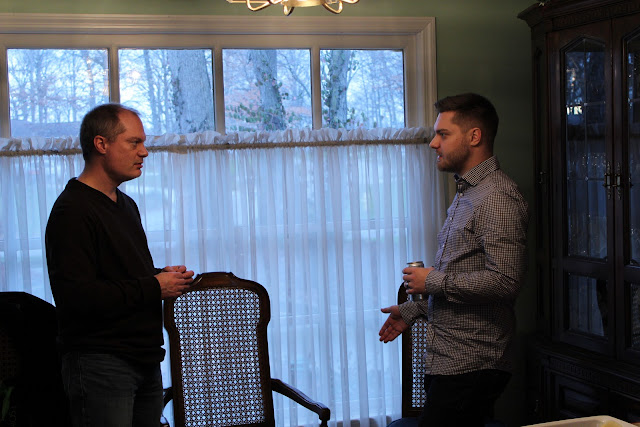 (chatting with our oldest son...)
He's devoted to those in his care, be it his kids, those who have the privilege to work for him, his friends, or those he volunteers to help: 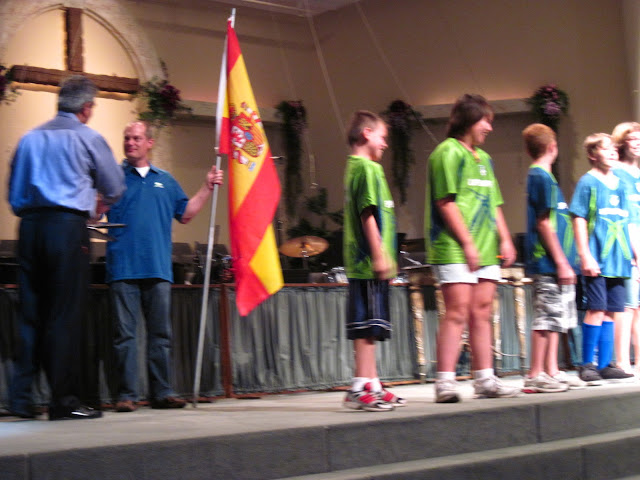 (receiving a thanks for coaching our youngest son's soccer team)
I watched this year as he embraced a young man without a lot of direction, became his mentor/friend and instilled hope to a hopeless situation.  It humbled me, and amazed my daughter, who's new husband is that very boy. 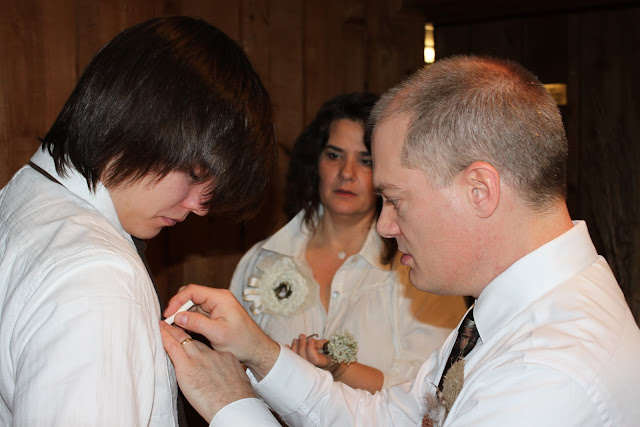 He's a pro at that.  At offering his whole self to those who are wallowing in the depths.
Although I'm in a dark place, so dark I feel sometimes I can't even reach out for help, he climbs down to the bottom of the well and pulls me back to the light. I've watched him do this with each of my kids, with his employees, with those he serves when on missions trips.
He is a rock.
He is my rock. 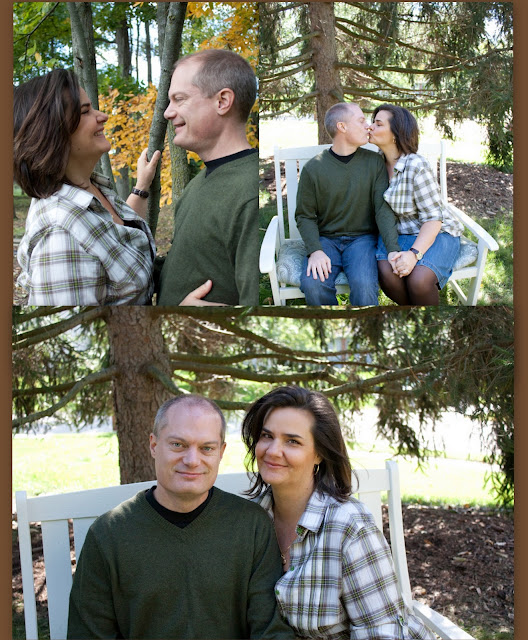 26 years is a long time.  A really long time.
But not long enough when you're bound to such a one as this. 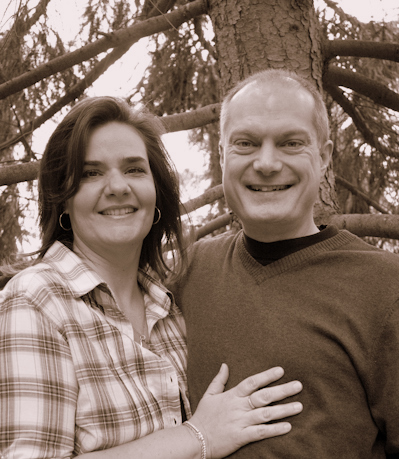 Happy Anniversary to the one my very soul adores above all others.
"He's more myself than I am.
Whatever our souls are made of, his and mine are the same."
-Emily Bronte
Posted by cindy at 9:19 AM

Email ThisBlogThis!Share to TwitterShare to FacebookShare to Pinterest
Labels: The Cottage Family

Get a room already.

Happy Anniversary, may there be many more!
-Kim :)

Oh my... VERY touching post. You and the hubs are adorable. Congrats abnd happy anniversary!!

What a beautiful post. Your love is so obvious in your pictures. Thanks for sharing. I also loved the family photo, everyone is smiling. Good wishes to all of you,Susie(She Junks)

Happy Anniversary! My husband and I just celebrate "27" although it doesn't seem that is possible! And your husband? Well he looks like a good listener too... at least that's what the pics "say"!

Happy Anniversary and what a very loving and respectful post to your husband. I am sure he is honored to be your man and your love for each other is obvious! Thanks for sharing all those wonderful pictures and words!

happy anniversary. We celebrated 26 years last June. It really is hard to believe that much time has passed, especially since we dated for 4 years before getting married, so we've been together 30 years ! And it's heartbreaking that most of the friends who were married at the same time are no longer together. We are blessed to have such men as our soul mates. I thank God for bringing him into my life.

A toast to you both (clink) that you will enjoy another 26 years together !

So, is he a keeper? ;0)
This was a great post, Cindy. He sounds like a wonderful man.
Happy Anniversary!

From where I sit, you're the luckiest girl alive. :) Congrats!!

What a treasure! You are blessed.

Happy Anniversary! You definitely have a keeper!!
Jane

your sure seem to have a fine family and so delighted the love of your life is adoring you. hope your trip to florida gets your spirits back in shape. being from az & in new haven has reduced me to tears at times due to snow and rare sunlight. but i have a little gram that's 101 that i care for that warms my heart. love your blog and am a lurker until now. keep up your chin and know your posts make me laugh out loud and my dog thinks i'm looney tunes when i do.
jan

I was just smiling until here, "26 years is a long time. A really long time. But not long enough when you're bound to such a one as this."
Then I was smiling and crying. Happy Anniversary!

Raising a glass to you both! God bless!

Happy Anniversary! You have a great guy! I really enjoy your blog, and hope that in 2012 you can find some peace and rest from this valley you are in. I wish you the very best!

What a sweet sentiment. Congratulations!
Clara

What lovely, lovely post, Cindy. That as just made my whole day!! How completely wonderful to hear of a couple who are obviously still crazy about one another...and have obviously put in the work to stay that way. I am SO pleased for you.

Happy Anniversary, God has truly blessed you with a wonderful husband and a beautiful family. I hope you have many more years together.

What a wonderful tribute to a great guy. You are blessed, Happy Anniversary.

How lucky you are to have such beautiful feelings for this wonderful man after 26 years - Happy Anniversary and congratulations!

What a beautiful post! Happy Anniversary, you are a lucky woman to have known such love and devotion!
Hugs,
Donna

My big question -- does he have a brother? Around 50is? heee

Beautiful! Your love shines through with every word. I'm so happy I stopped by for a visit. ( sorry my visits seem to be so far apart) I wish you continued happiness with your soul mate. Happy Anniversary. Hugs!