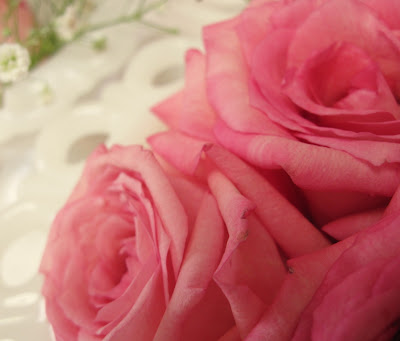 Last update for awhile.  Mom's oncologist says no chemo...Hurray!  The cancer she has doesn't respond well to it, and they decided to forgo that route for now.  Needless to say she is relieved.  They may do some radiation on the tippy top of her sternum and collar bones, and they are starting a new estrogen blocker.  He did say she is still considered 'terminal'...meaning she won't ever be considered cancer-free, but the plan is to monitor her every few months with scans and such and treat symptoms as they arise.  He doesn't give prognosis....thinks it best to take things one day at a time, which I appreciate. 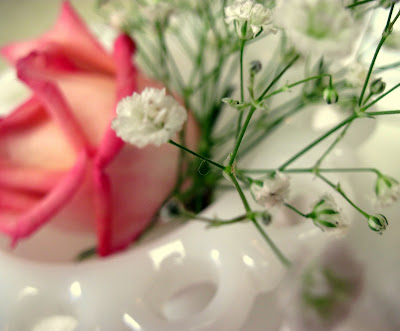 IN other news, I'm letting myself off the hook and officially taking a sabbatical from ::cottage instincts:: so that I can focus on my personal life.  All the good intentions in the world aren't filling me with inspiration to prepare posts over here, and I just need to accept that.  I'm not shutting it down, just refocusing on some different stuff. 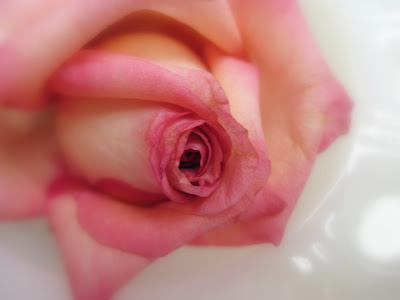 I am still blogging regularly at cindy. in the present tense if you're at all interested in my meanderings thru the thicket of overcoming compulsive eating with Geneen Roth, my physical changes with Teresa's T-Tapp, and learning to live in my Type 1 world with Carol Tuttle's Dressing Your Truth.  I'd welcome some friends over there. It's kinda quiet, comparatively speaking :)  If you've ever been curious as to my inner workings, that's the place to know me better.  It's real and raw, but I keep things pretty light and fun.

Many blessings of peace and creativity till we cyber-bump into each other again.  Hopefully sooner than later.

That is good news about your mom! I hope that all continues to go well for her. I will pop on over so I can keep my eye on you you cutie patootie! You know I could never get enough of you!

Best wished to your Mom, you and your whole family! Families are the greatest things in the world :)

Just wished we lived closer so I could sit quietly alongside you and let you talk or scream or cry or just be in silence.
You are in my prayers.

Thank you for the update, Cindy. I do understand how you need to focus your life on something else for a while. Anyone that has ever had cancer touch their lives will understand fully. Hugs-Diana

Sounds like a good decision for you at the moment. Sometimes we just need to prioritize our energy. Our continued prayers and good wishes to you and your family!

i will keep you and your family in my htoughts and prayers, and i will miss you! but i understand completely, and we will all be here when you are ready to come back to us. :)

Been thinking about you and your mom. I really think you are doing the right thing. Just know I will miss you and I'll check up on you soon.
Blessings
Becky C

Hey Cindy! You taking a break from cottage instincts will give me a chance to go back and catch up on everything I have not read on here! : ) Seriously though, I so appreciate your friendship and you always being so real. You'll be seeing me on the other blog, and hopefully a bit more in person here and there. Talk to you soon!

Hope the very best for your mom and you!!!
Blessings,
Cindy

Good news re your Mom.

Relax, enjoy your sabbatical and re-focus.

Totally understandable. Take your time and come back when you're ready. Good to hear your mom doesn't have to go through chemo. Hope she's feeling better and continues to do well. Take care.

I will miss you while you are gone but your family comes first. Hope you can enjoy some quality time with them. I am sending prayers, good wishes, and thoughts your way for you and your family.

I've been thinking about you and your mom. Sending a hug and prayers your way. Take the time you need to be with your family.

Good to hear from you. Been praying for your mama and will continue.

Will look forward to the time when you feel like you are ready and have the time to come back..

Good to know that your mom is doing OK. Although you will be missed, priorities are priorities and that's just the way it is.

Thoughts and prayers to you and your family.

We'll miss you, but I think you've made a wise decision for now.

Just checked out your other blog and am following you over there now too. You can't run away, we will find you! :-)

Good news about your mom Cindy!
Hope to see you around here and there in blogland ~ Take care of yourself and your family!
Hugs, Courtney

we'll be here when you get back! Hugs!

That is great news! I am so pleased for you, your mum and your family!! Fingers crossed she will now have many years without this terrible time happening again!

Have a great break! I will miss your link ups and creativity! But you deserve it!!

Dear Cindy! There's some good news. You already know what you have to do and you know we support you in that. and although I will miss seeing stuff here, I'll mosey on over to your other blog to check in on you.

Take care! Hugs and prayers for you and yours!

Praying for your mother daily through the intercession of Father Solanus Casey. Take Care.

Rose @ Confessions of a Curbshopaholic said...

Thanks for the update, you're wise to take a break while dealing with so much. We will all be here when you are up to coming back,
Continued prayers going out for your Mom, you, and your family.
(ps, sounds like a great doctor)

God bless both you and your mom. I truely enjoy this blog as one of my favorites and hope to see you posting again soon. It's ok to take a break. I do it all the time. I will be checking in on your other blog too, it sounds interesting. Stay healthy, and wise.

Cindy,
My prayers are with you and your Mom. My Mom is a cancer survivor and I know how it can become such a big part of your life. I'll visit your other blog. Meanwhile take care of yourself, you deserve it!
Hugs,
Sherry

I pray this time would be one of rest and ultimately refreshing Sweet One...saying a prayer for your mom too...
xo
Robin
All Things Heart and Home

Well that's great news for your mom. We're praying for her fast recovery! Lovely and stunning photographs by the way.

you are missed... good thoughts to you Cindy.

Hugs to you and your beautiful mother. You are both in my prayers. Love your Truthful blog and am following!
xo
Leslie

Traci@ Beneath My Heart said...

Hey Sweet girl!
I just had to stop by and say hello! I've missed u!
Last year I was working full time and wasn't able to blog-hop like I used to.

I am staying at home again and focusing on my blog, so I am hoping we can reconnect. I have always loved your blog and your spirit! :)

I am so sorry to hear about your mom. I know what you are going through. But it sounds like she is doing fairly well? I haven't read any older posts, but I will be praying for you all.